The Lamb County Library was established by the "Afternoon Club" in 1913. It is now owned and operated by Lamb County and is housed in the former Littlefield Post Office building. 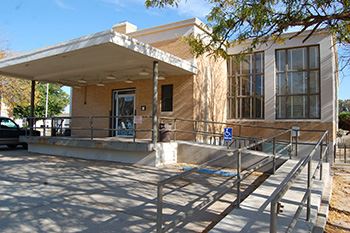 The first books for the library were purchased when the ladies of the "Afternoon Club" sent out postcards asking people in the community to buy a book. The campaign to acquire books was successful. The collection of books was originally housed in the Presbyterian Church, then later the city built a room and gave it to the library.

As the courthouse was being built, a request was granted to house the library in the basement. In 1956, the City Library became the Lamb County Library.

The Lamb County Library moved to the old Higginbotham-Bartlett Lumber Co. building in 1983, and moved into its present location in the former Post Office building in January 2007.