Cotton Is Important to Lamb County

Lamb County cotton producers were ranked in tenth place in the top ten cotton producing counties for the Texas High Plains in 2016, according to a report from Plains Cotton Growers, Inc.

Despite the drought in 2014, Lamb County was also ranked ninth in the top 10 cotton producing counties in the state, according to figures released by the U.S.D.A. National Agricultural Statistics Service, and reported by Plains Cotton Growers.

National Agricultural Statistics Service (NASS) estimates that High Plains cotton growers produced about 1.81 million bales of cotton last year, a significant decrease from the 5.3 million 480-pound bales produced during the 2010 growing season and slightly lower than the 1.88 million bales projected by NASS in their January, 2012 report. 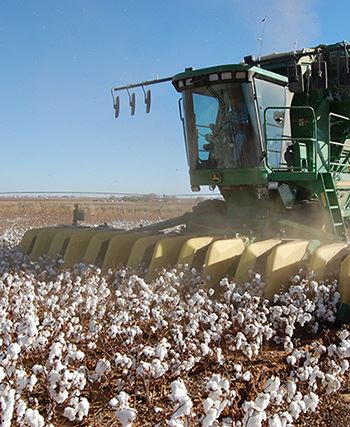 On a national basis, Texas growers accounted for 23.8 percent of the 14.7 million Upland bales produced in the United States in 2011, maintaining their position as the No. 1 cotton producing state in the nation. Georgia was second with 2.465 million bales.

Looking at past years, it is clear that Lamb County is a leader in cotton production.